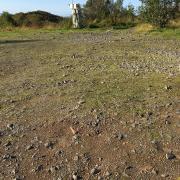 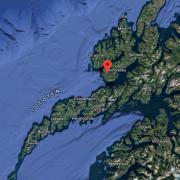 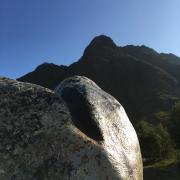 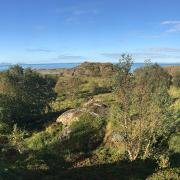 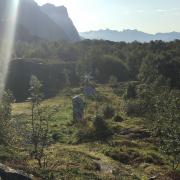 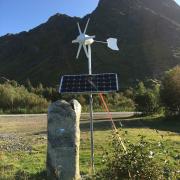 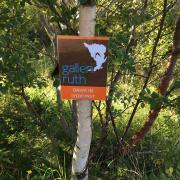 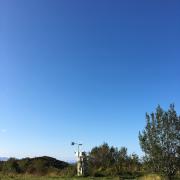 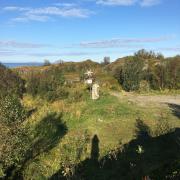 The opening took place at the 20th of May in rather stormy and cold weather at a site just south of Galleri Uvær.
Tine Surel Lange found the location and curated the show.

My work with sound spans from sculptural installations and concerts, to purely sound-based works.

structures. The piece shown as part of Lydkunst via Drive In is an example of the latter, where

several field recordings and a guitar form the basis of a composition.

In Revisiting Possible Spaces I use my own sonic experiences and memories as a starting point for this sound piece which is specially composed for Drive In Rebild. Aural horizon, scale and abstracted sonic everyday life is here key words. Through reflection on a handful of memory-based soundscapes * this notion of a familiar room at an unknown location was made.

I have long been committed to relationship between sound, place and identity and thereby become interested in the actual listening as action. Listening as both artistic practice and as a way of being in the world. Sound and listening is directly associated with time spent and therefore also with how time is used. How we spend our time and how we live our lives.

water can on water


Turn around, but remember which way you came from

A part of a "Drive 22,4 km down Riksvei 116"
For more complete description of her sound piece, please look into: 2014, Drive In Sound Art II 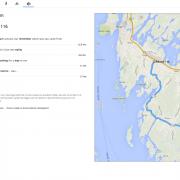 With my art I want to make people listen, with the hope that we through listening get more in contact with and care more about our surroundings and the changes happening around us.

All sounds is a presence, a touch.

Water, sounds sourced from a summer of mountain lakes and streams in Montana down to the Salish Sea and Puget Sound of Washington. Ideally played simultaneously on two to four channels or audio sources, not synched.

This is a story I want to tell you

There is a story that I want to tell you

is a piece for the Drive-In Sound Gallery initiated and organized by Tulle Ruth. I used: my e-bass, my duoband-hb9cv antenna combined Funcube Dongle and quisk on my laptop and a VLF (= very low frequency) recording from Victor Mazon Gardoqui - gracias, Victor!

My contribution for the drive-in is based on five trips I have made during the last six years. This is a selection of old productions and two new sound creations and it's important that my playlist plays with the view of landscape by the windshield. The recordings were made during five trips; to Quebec where I recorded the whales, in Finland where I found old tapes, in France where I listened to the cicadas, I crossed the "unseparated" Belgium by boat to record chimes and bells, in Germany where I recorded a windy place. 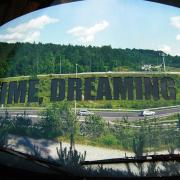 In creating relaxation: songs for city dwellers in 2004, I was interested in the contemporary pursuit of relaxation, and in our received notions of what constitutes a relaxing environment. Typical audio environments for relaxation feature idealized and purified representations of nature. In contrast, the sound environments presented in relaxation: songs for city dwellers evoke situations of contemporary urban life, life in world of advanced capitalism. Why- through what operation- do certain sounds allow us to feel removed from our stresses, nourished and refreshed? With relaxation: songs for city dwellers, the listener/viewer experiences urban sounds (waste managements, traffic, mechanical noises) in a controlled way, allowing for the possibility of a trance-like, "relaxed" state and a deeper contemplation of our actual environment. To create a relaxing montage from everyday sounds, I have focused on certain sound qualities, -space, rhythm, and repetition - to craft unique soundscapes. The pleasure of listening is at heart of this work.